Michele A. Pincus, Of Counsel 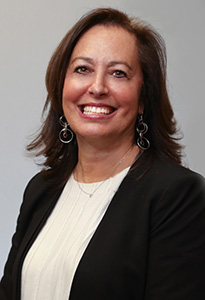 Michele A. Pincus graduated from Emory University in 1983, and received her Juris Doctor from the National Law Center at George Washington University in 1986.  Michele is admitted to practice in New York (1987) and Washington, D.C. (1988). She is also admitted to practice before the United States District Court for the Eastern and Southern Districts of New York and the Second Circuit Court of Appeals.

Prior to joining the firm, Michele was a partner at a Uniondale firm where she concentrated her practice in the areas of zoning, land use, commercial litigation, municipal law, real estate, and employment law. She previously served as Associate General Counsel for the Long Island Power Authority (LIPA), where she handled municipal real property issues, zoning and land use, and other utility matters.

Before working with LIPA, Michele spent 17 years with a prominent law firm in Melville, New York, where, as a partner, she chaired its Zoning and Land Use practice. She also practiced in the areas of commercial litigation and employment law.

Michele A. Pincus has received many prestigious awards throughout her career. She was inducted into Long Island Business News “Top 50 Influential Women” Hall of Fame after receiving the honor three times in 2004, 2006, and 2007. She also received LIBN’s “40 Under 40” award in 2001, recognizing her as one of Long Island’s rising stars in the business community. A member of the Advisory Committee of the Long Island Index, she serves on the Board of the Real Estate Institute at Stony Brook University.  In addition, Michele is a member of the Women Economic Developers of Long Island (WEDLI), where she served as a long-term board member and the organization’s President from 2004 to 2006. Michele is a member of the Long Island Women’s Collaborative Steering Committee, sponsored by the Long Island Association (LIA), the Long Island Real Estate Group (LIREG), and the Nassau and Suffolk County Bar Associations.

Michele is extremely involved in her community. She is on the Advisory Council of Pink Aid Long Island which raises funds to assist underprivileged women with breast cancer screening and non-medical assistance for those undergoing treatment. She also serves as the Grant Committee Chair.  In 2002, she received the Leadership Recognition Award from the National Multiple Sclerosis Society for her outstanding contributions to the business, civic, and cultural enhancement of Long Island.