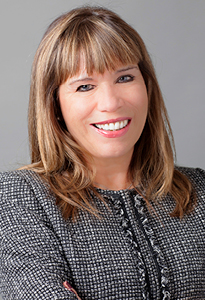 Karen Strom received her Juris Doctor from Hofstra Law School in 1988 and was previously a partner in a Garden City law firm specializing in real property tax review proceedings and condemnation law. Karen founded the law firm of Schroder & Strom, LLP in January 2000. She is a member of the New York Bar (1989) as well as the Connecticut (1989) and New Jersey (1996) Bars. She is also admitted to practice before the U.S. District Court for the District of New Jersey (1996) and Eastern District of New York (1990).

Karen has written and lectured extensively throughout the state on the topic of real property taxes, as well as on the issue of contaminated properties in valuation proceedings.

In addition to her legal pursuits, Karen Strom has always been extremely involved in community and charitable organizations. Karen has held the position of Board Member on the American Heart Association, and was a two-term Treasurer of WEDLI (Women Economic Developers of Long Island). She is a founding member of Pet Peeves of Long Island, Inc., Chairperson of the Women, Golf & Business Committee of the Long Island Classic Champions Tour, and a member of the Town of Oyster Bay Landmarks Preservation Commission. She is a certified mediation volunteer for child custody and community disputes.

Karen’s entire legal profession has been in tax assessment litigation since her admission to the Bar. She has litigated tax appeals in all of the major counties, cities, and towns in New York State – up to and including the New York State Court of Appeals, where she successfully reversed two lower court decisions.