Sanford A. Pomerantz, Of Counsel 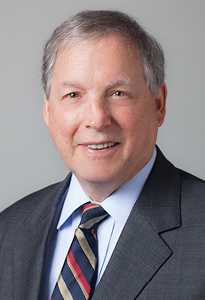 Sandy Pomerantz graduated from Brooklyn Law School in 1968 and worked for Aetna Life and Casualty insurance company for 2 years before a brief stint in Bronx Criminal Court. He became an Assistant New York State Attorney General in 1970 and spent the next seven years in the Bureau of Securities and Public Financing where he conducted civil and criminal investigations involving allegations of securities fraud, successfully prosecuting defendants for white collar crimes.

For the next few years, Sandy Pomerantz worked in two New York City law firms concentrating in real estate and tax certiorari matters. In 1980, he became Deputy City Attorney for the City of Glen Cove and served as counsel to Board of Zoning Appeals and the Planning Board. Sandy also defended the City in tax certiorari and condemnation proceedings.

Before joining Schroder & Strom, LLP, Sandy had been in private practice for 27 years concentrating in tax certiorari, condemnation, real estate matters, and trusts and estates.

Sandy has served on the Board of Trustees and Counsel of the North Country Reform Temple in Glen Cove and was appointed to the Glen Cove Charter Revision Commission in 1996.

In 2014, Sandy was appointed a District Representative for District 10 (Nassau and Suffolk Counties) of the Real Property Law Section, New York State Bar Association. He is a member of the Executive Board of that Section. Sandy is a CLE lecturer on tax certiorari, and has also served as a Judge in High School Mock Trial competition.